The old saying about death and taxes has been applicable since taxes were invented. But so many people leave matters to be dealt with later – a “later” that never comes – or fail entirely to take advice to minimise the problems that can arise in relation to both death and taxes.

What Is Involved In Estate Planning?

Estate planning includes a number of things – lifetime gifting, tax advice, asset protection and planning for later life and death. We advise individuals in both short term and long term planning and try to help you plan and manage your assets throughout your life, with the greatest amount of flexibility.

Asset Protection: Protecting Your Loved Ones

Estate planning is an excellent way of protecting your loved ones if anything happens to you in the future. Our solicitors will be able to guide you through a number of issues including the complex details of Wills, pensions, inheritance tax and possible future loss of mental capacity.

Estate Planning: The Significance Of Making A Will

If you do not make a Will, then your estate will be distributed in accordance with the Rules of Intestacy, which may not be your intention. Even spouses do not necessarily inherit the whole of the estate under the intestacy rules.   Making a Will is a pivotal part of Estate Planning for all individuals and will assist in safeguarding your assets for your loved ones. Planning ahead can give you the time to take advantage of tax planning in order to help mitigate Inheritance Tax on your estate, thereby ensuring your beneficiaries inherit as much as possible.

If you die having not made a Will, or a Will cannot be found, you will be deemed to have died “Intestate.”  This means the estate will be administered under ‘Intestacy Rules’ which can be a complex, expensive and drawn out process. These Rules lay down which relatives can inherit in the event of your death and what their entitlement will be. Often the family tree has to be researched and people who you hardly know might inherit.

With No Blood Relatives Or A Spouse, Can An Entire Estate Go To The Crown?

Under the Rules of Intestacy, if you do not have any close or living relatives, it is possible that all of your estate will go to the crown. This is called ‘bona vacantia’, meaning ‘ownerless goods’.

In the ill-fated event of an early death, you will need to appoint someone – a guardian – to look after your children if they are under the age of 18 when you die. This can be dealt with under your Will. If no guardian is appointed then the courts will select a guardian that you may not necessarily have appointed yourself.

Couples in cohabiting relationships can be financially vulnerable, so it is vital to prepare Wills and undertake estate planning so that in the event of one passing away, the remaining partner will be protected. If you do not make a Will, your estate will be distributed in accordance with the Rules of Intestacy which make no provision for cohabitees to receive any benefit.

What Is Disclaimed Inheritance?

It is within a person’s right to reject inheritance. For example tax liabilities may mean that accepting the gift can be more costly than not receiving it. In other cases, there may have been a change in circumstances since the Will was written, such as a family feuds.
You can refuse inheritance via disclaimer or variation. A disclaimer is a simple deed where the beneficiary gives up inheritance and it automatically passes to another beneficiary or the next person entitled.

What Is A Varied Inheritance?

On death, the beneficiaries under a Will have 2 years to vary i.e. re-write the Will of the deceased. This is done via a document known as a Deed of Variation. Expert legal advice is essential if you are considering this.

Using A Will To Mitigate Inheritance Tax

Whether an estate is deemed to be simple or complex, having a well-drafted Will is integral as it legally sets out to whom your estate should be distributed at a time when your loved ones are grieving. Creating a Will can also be used for Inheritance Tax planning.

Our aim is to advise you in relation to Inheritance Tax and how all available reliefs can be maximised.

What Is Inheritance Tax?

In short a person’s estate may be subject to Inheritance Tax when their “net” estate exceeds the tax threshold, also referred to as the Nil Rate Band, currently £325,000 (2019/2020).   However, there may be further allowances to consider and apply for, for example if the person had been widowed in which case an additional Nil Rate Band can be claimed.  This is known as the Transferrable Nil Rate Band.  Furthermore if the deceased owed a residential property and under the terms of the Will the property is bequeathed to direct descendants (such as children or grandchildren) then your Executors may be able to claim an extra relief on that residence known as the Residence Nil Rate Band.

The onus is on the Executors (or the Administrators in cases if intestacy) to ensure the Inheritance Tax liability is calculated and paid .  If this is not done properly HM Revenue & Customs may apply penalties.  They will also charge interest when Inheritance Tax is not paid on time.

Inheritance Tax is an extremely complex area and expert legal advice should be obtained.

When Is Inheritance Tax Paid?

How Can I Reduce Inheritance Tax?

Inheritance tax cannot be avoided but there may be ways you can undertake tax planning techniques to mitigate Inheritance Tax. These include lifetime gifting but should be discussed with a Solicitor. It is also important to remember that when an estate is left to a spouse no Inheritance Tax is payable due to spouse exemption.

You can give as many gifts of up to £250 per person as you want each tax year as long as you have not used another exemption on the same person.

However, you cannot gift an asset and continue to enjoy that asset otherwise on death it will be deemed as though the gift had never taken place.  This is referred to a Gift With Reservation of Benefit.

In any event, all gifts should be carefully documented.

Giving to a Charity/Setting up a Trust

After your retirement, you may be able to use your pension as a tax-efficient way to pass on wealth as pensions are normally exempt from Inheritance Tax.

Trusts can also reduce an Inheritance Tax liability as you can keep lump sums outside of an estate, protecting future generations.

Leaving An Estate To Your Civil Partner Or Spouse

This band can then be passed on to the living spouse or civil partner.  Based on current allowanced this would give them a total tax allowance of £650,000 to be inherited free of Inheritance Tax.  Their Estates may also qualify for the Residence Nil Rate Band on top of this.

Life Insurance is a possible way of helping your loved ones to cope financially when you die. After seeking the necessary financial advice the correct life policy could be used to pay your projected Inheritance Tax liability on your death, thereby alleviating the concern to sell assets to raise the funds to pay Inheritance Tax.

It is integral you seek Independent Financial Advice in this regard.

What Else Is Included In Estate Planning?

Estate planning is a tax-efficient way of planning provisions for your loved ones and the future. Our solicitors can assist with:

We strongly advise that each individual draw up a Lasting Power of Attorney to cater for the possibility of losing mental capacity.  There are two types of Lasting Power of Attorneys, both of which are essential – one for Health and Welfare and one for Property and Finances.  You appoint your chosen Attorney(s) to step into your shoes to handle both your financial affairs and your health and welfare affairs if you lose the capacity to do so yourself.

If you do not have an LPA in place, the court will appoint a Deputy of their choice to carry out your wishes.  Not only can this lead to conflict and disputes it is also a very costly and long process.

If you are a business owner, you should consider the worth of your estate so you can make plans for your future. Succession planning with our team ensures your business will end up in safe hands and that your beneficiaries receive what has been specifically bequeathed to them in your Will.

If your business assets qualify for business property relief (BPR) at either 50% or 100% these assets could be passed on either whilst the owner is still alive or under the terms of the Will, but planning ahead can avoid paying a hefty inheritance tax liability.

Whether you have a small, medium or large sized business, we will consider your affairs in liaison with accountants and business advisors, making sure that policy proceeds are accessible to beneficiaries in the event of your death.

How Much Does Estate Planning Cost?

Estate planning costs can vary, as it depends on the needs of each of our clients.

If you have any questions or would like a fee estimate for any of the above services, please contact our Private Client department. 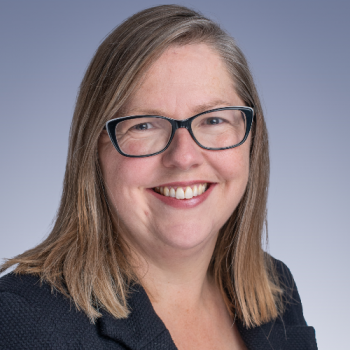 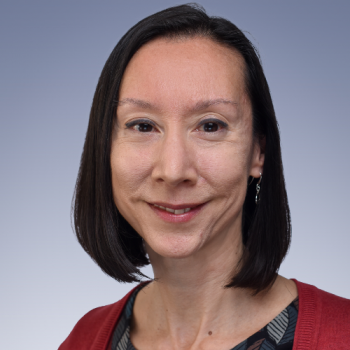 Jenny Murphy of Coole Bevis LLP in West Sussex has been recognised with a national accredited award for expertise...

Planning for you and your loved ones during Covid-19

The first case of the Covid-19 Coronavirus was reported in England on 31 January. Since then we have seen...

The All-Party Parliamentary Group for Inheritance & Intergenerational Fairness (APPG IIF) has published a report recommending the abolition of...

Only six percent of people have specifically included their digital assets in their wills, according to a London and...

Ken Dodd and the Spouse Exemption

A titan of comedy has died and in his last days chose to marry his long-standing fiancée. Despite the...