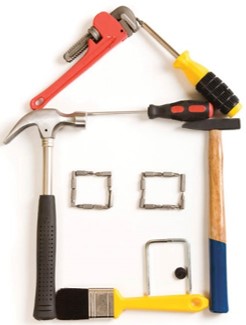 In Waaler -v- Hounslow LBC [2017] EWCA Civ 45, the Court of Appeal considered the landlord’s ability to recover the costs of improvements under the Landlord and Tenant Act 1985 (the 1985 Act).

It upheld the decision of the Upper Tribunal (Lands Chamber) finding that the same legal test applies to all categories of work falling within the definition of “service charge” (i.e. repairs or improvements). However, different considerations come into the assessment of reasonableness in different factual situations.

By way of reminder, section 19(1) of the 1985 Act limits a landlord’s ability to recover costs in the service charge to the extent that they are reasonable. There are two elements to the reasonableness test:

In this case, the landlord, Hounslow LBC, replaced window units in a block of flats as the hinges were inadequate for the weight of the glass in the tilting windows and which in turn required the replacement of the exterior cladding of the building and the removal of underlying asbestos.

The question was whether the works were “reasonably incurred”.

The Court of Appeal upheld the Upper Tribunal’s decision that it was not reasonable to replace the windows with new units, which amounted to an improvement rather than a repair. The costs of doing so were not “reasonably incurred” and therefore not recoverable from the leaseholders as service charge.

The landlord should have taken particular account of the:

The Court of Appeal considered there to be a real difference between:

The Court of Appeal declined to provide any guidance for the future as the “open textured nature of a test of reasonableness makes it dangerous even to attempt to be prescriptive. Factual situations are almost infinitely variable and different considerations come into play in different circumstances”.

However, there will inevitably be an increased administrative burden on landlords to show that they have considered alternative approaches and the financial impact on tenants, particularly before moving forward with improvement works. This would also seem to bring greater focus on evidencing compliance with the statutory consultation process. A landlord’s failure to do so, is likely to give leaseholders ammunition in challenging service charges.

For advice on leaseholder disputes or any aspect of this article, please contact Rebecca Turnbull-Simpson.