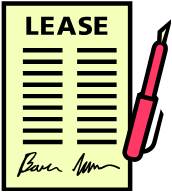 In Jetha -v- Basildon Court Residents Company Limited [2017] UKUT 58 (LC), the Upper Tribunal (Land Chamber) issued guidance on the approach to be followed by the First-tier (Property Tribunal) when considering whether there is an estoppel by convention preventing a leaseholder from denying the payability of service charge which has not been demanded in accordance with the terms of the lease.

In that case the leaseholders covenanted to pay service charge and contribution into a sinking fund in such sum and “in advance or arrears as the service company shall at its annual general meeting agree”.

The Upper Tribunal allowed the appeal determining that mere payment of invoices over time was not sufficient where the appellants had not known that the demands were not agreed at an annual general meeting (AGM). There was no common assumption that the service charge sum did not have to be agreed at an AGM.

It also determined that any detriment suffered by the the landlord was insufficient to make it unjust or unconscionable for the leaseholder to assert the true position (i.e. by requiring the service charge sum to be agreed at an AGM). There was nothing to prevent the landlord proposing and passing appropriate resolutions in respect of the 2014 and 2015 demands, requiring the leaseholder to pay them.

Accordingly, there was no estoppel by convention.

By way of reminder:

Estoppel by convention operates to prevent a party to a contract from denying the truth of a common understanding of fact or law.

In brief, in order to establish estoppel by convention, it must be established that:

In two other recent Upper Tribunal decisions the tenants were estopped by convention from denying the payability of service charge even though they had not been demanded in accordance with the lease.

At a meeting 19 years earlier it had been agreed that no certification of the service charge accounts was required, despite it being a requirement in the lease. There was a common assumption that no certificate would be required and therefore the tenants had either waived their right to insist on certification or they were estopped from doing so.

The landlord had since at least 2009 been calculating the liability for service charge on the wrong basis. However, the method of apportionment would have been obvious to the tenant from the annual statements and the tenant had not raised any objection to it despite previous litigation. It was unfair for the tenant to be able to dispute it now, particularly as it would have caused issues regarding the recalculation and apportionment of service charge between a large numbers of leaseholders. The tenant was estoppped from denying his liability for service charge.

However, as in Jetha, in the case of Bucklitsch -v- Merchant Exchange Management Co. Ltd [2016] UKUT 0527, the Upper Tribunal Held also that estoppel by convention did not apply on the facts. The landlord had failed to prepare audited accounts despite a requirement to do so in the lease. Although the tenant had attended meetings and raised various queries, there was no clear agreement that the requirement for audited accounts was being removed.

Every case will be considered on its factual circumstances and there can be no guarantee that estoppel by convention will be found.
Accordingly, it is important not to rely on history of a leaseholder paying service charges but always ensure that service charges are demanded in accordance with both the terms of the lease and statute.

For advice on leaseholder dispute or any aspect of this article, please contact Rebecca Turnbull-Simpson