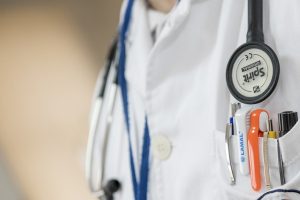 The National Audit Office recently published its report managing the costs of clinical negligence in Trusts.

Sadly and rather disappointingly, the report has placed little emphasis on its recommendations in 2001 to the NHS to reduce the number of clinical incidents.

Instead, the focus of the report appears to be solely on claimants’ lawyers’ costs.

There is a complete and obvious failure to examine the delays caused by NHS Trusts or their representative body (known previously as the NHS Litigation Authority, currently known as NHS Resolution), which of themselves have contributed to an increase in legal costs.

The report has fuelled misguided suggestions, an example being one by The Guardian columnist Polly Toynbee that, as a result of this report, it is time to bring back Crown immunity for NHS Trusts. This would prevent NHS patients from pursuing claims in negligence against Trusts.

Since the passage of The Crown Proceedings Act in 1947, the NHS has been liable for all negligent acts and omissions.

To prevent claims against the NHS would result in a two tier legal system. It would prevent those who receive negligent medical treatment from the NHS from pursuing rightful claims, whilst allowing claims to those in similar circumstances who received receiving private medical treatment.

The duty of candour was introduced in 2014. This was hoped to encourage a culture of openness. However, the treatment of whistle-blowers within the NHS has historically been extremely poor. Had a more open culture been encouraged, then such cases as those of Ian Patterson would almost certainly have been stopped.

In view of many lawyers representing claimants, the National Audit Office has failed patients with this report and it is feared that the Government will be guilty of similar failure if they base any legal reform on its findings.

There is currently a suggestion that the Government proposes to provide indemnity to GPs facing allegations of negligence. This has been prompted by a desire to encourage more GPs to take up positions.

If so, any claims being faced by GPs will also be handled by a Government authority no doubt set up to avoid settling as many claims as possible in a desire to save the NHS money.

The focus of attention here appears to be to protect the wrongdoer rather than the innocent injured party.