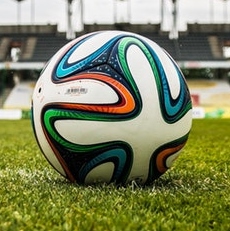 A few years back I pursued a claim on behalf of a lovely lady who was on the receiving end of the most consistent bullying I have seen in my job. Her male dominated employer had allowed the bullying to go on unchecked to such an extent that she was openly taunted about her looks in the office. It was no surprise that after a period of trying to internalise the bullying, she suffered from a pretty significant mental illness.

I thought of that lady this morning when I read the latest in Jose Mourinho’s long standing critique of his left back Luke Shaw and pondered the question of whether it could be argued that there was any similarity. There was a time, when as a rampaging full back for Southampton, Luke Shaw was seen as the long term replacement of Ashley Cole in the England team. A big money move to the richest club in Britain followed and this was just seen as a natural progression for the player; he was after all at the time, the most expensive teenager in world football. But a horrible injury in Eindhoven put him out of the game for nearly 12 months. By this time the successful manager Mourinho was in charge at Old Trafford. To say their relationship has been strained would be to say that Manchester United have an ‘ok’ history.

But where does tactical motivation meet bullying in the public sphere of elite sport? Where does healthy competition to maximise elite performance become just old fashioned harassment? Is football simply a vacuum where the normal rules of employer and employee don’t exist and does the price of a huge contract mean that players must accept whatever comes their way?

There is some history in this area. In 2016 Chelsea Football Club settled an employment tribunal claim made by the former Chelsea team doctor Eva Carneiro just before she was due to give evidence. The disagreement stemmed from a decision by Mrs Carneiro to run onto the pitch to treat a Chelsea player, temporarily resulting in their team being reduced to 9 men. The upshot was a claim not only for unfair dismissal, but also for sex discrimination and harassment. In her skeleton argument she argued “This is a tale of two employees: one good, one bad”. “The bad employee forces the good employee out of the job of her dreams and the employer does nothing to stop it. The bad employee berates, sexually harasses and demotes the good employee for carrying out her professional duties”. Ouch.

We shall never know whether what was alleged on behalf of Mrs Carneiro would have been proved in a Court of law. However in Luke Shaw’s case there appears to be little ambiguity in what has been said. Of course players being criticised in public by managers is not new, but it is difficult to recall an example where there has been reported in the press such a consistent level of criticism of a player over a sustained period of time. Here is a snippet of what has been reported over the last 18 months:

“ Today for the second goal, Amrabat is on the right side, and our left back is 25 metres distance from him, instead of five metres. But even at 25 metres, then you have to jump and go press. But no, we wait”.

“There is a difference between the brave, who want to be there at any cost, and the ones for who a little pain can make a difference”.

Then at the weekend in an FA cup match against Brighton, Shaw was substituted at half time, after Mourinho was unhappy with his full backs:

“I had to change one and I chose Luke because at least Antonio defensively was capable of good positioning. Luke, in the first half, every time they came in his corridor, the cross came in and a dangerous situation was coming. I was not happy with his performance”.

If you take away the football context for a minute, it is usually thought to be unacceptable to publicly criticise employees for their attitude or competency at doing the job. Imagine if your employer on their website questioned your attitude at work, or that you were not up to the job on their website Any capability issues usually should be managed internally through properly thought out policies. Whilst Mourinho is not the employer of Luke Shaw he is in a position of authority within the employers business.

So should football be any different to other employers and indeed is it? Of course we only get snapshots in the press and don’t know what goes on behind closed doors. However what would be the position if Luke Shaw was to suffer a mental injury similar to the reaction of my former client? Let us sincerely hope that he does not, but in a world where one in four people in the UK will experience a mental health problem in any given year, is it not possible that this could happen? Is this just another issue being brushed under the carpet by football authorities ready to explode? One only needs to read the powerful words of Chris Kirkland to know that football does not exist outside social norms when it comes to mental illness.

The law in this area is complex and there is a high bar. Any Claimant must be able to show that their psychiatric injury was foreseeable by the employer. That is to say that the employer knew, or ought to have known about the excessive pressures on the individual employee at the time and that the pressure could lead to injury. Once the employer becomes aware that the employee is having difficulties, it is incumbent on them to see what they can do to resolve it. Claimants must also prove what steps or measures the employer could and should have taken to prevent harm. In certain circumstances this might be as little as offering them a confidential advice service. Finally it is still necessary for the Claimant to prove that any alleged breach of duty actually caused the harm. This is usually done by reference to an expert in the field of Psychiatry. A Claimant can also seek to make a claim for harassment under the Protection from Harassment Act 1997 on the right facts. Under this provision the conduct must be targeted at the Claimant and be intended to cause distress; it must be in the words of the House of Lords, conduct that is “oppressive and unacceptable” as opposed to merely unattractive, unreasonable or regrettable. The conduct must be of sufficient severity that it could attract the sanction of the criminal law.

Whether Mourinho’s longstanding comments on Luke Shaw could be argued to fall within any of this is very difficult to say. However it would be surprising if in 2018, the richest football club in the world is not alive to the risks that might arise from such a public criticism of a player by a manager.

Tim Ransley is an Associate Solicitor in our Personal Injury department. He deals with a wide range of cases that involve Psychiatric illness including stress at work claims. He is happy to act for clients on a no win no fee agreement and regularly instructs Simon Trigger, an expert barrister in this area of No 1 Chancery Lane. Tim is happy to have an initial consultation free of charge and is available on 01273 716616.