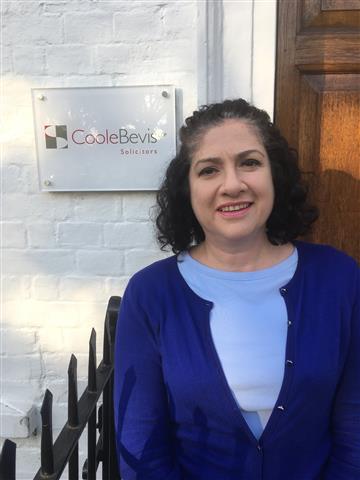 There are still substantial gaps in the law and a very clear and obvious example of this is the case of R –v- Charlie Alliston.

This was a case where a cyclist, who was aged 18 at the time, crashed into a 44 year old pedestrian whilst travelling on a fixed wheel track bike with no front brakes, causing a collision and resulting in her sustaining substantial and catastrophic head injuries.

Alliston, now 20, was travelling on a fixed-wheel track bike with no front brakes before crashing into 44-year-old Kim Briggs

Unfortunately, there was a gap in the law so far as an offence committed by Charlie Alliston was concerned so that he was found guilty of an offence of wanton or furious driving on 12 February 2016 under the 1861 Offences Against The Person Act, which carries a maximum prison sentence of 2 years.

In sentencing, Her Honour Judge Wendy Joseph QC stated, from 2014 the defendant appeared to ride a bike with a fixed rear hub, such bikes have no manual brake and they are designed for track use.

During the latter months of 2015, he dropped out of school and worked as a bicycle courier, cycling extensively on London roads.

In January 2016, he upgraded his bike, again choosing one of fixed wheel design.

This was clearly made for racing speed. It gave him the power to ride faster than before.

On 12 February 2016, he was cycling at 18mph down Old Street (London). He saw a pedestrian in his path and it was his responsibility to ensure he did not run into her. Sadly, whilst he shouted at her “get out of the f***ing way”, he maintained he was entitled to go on.

Unfortunately, he then rode into her. He could not stop as there was no front brake and there appears to have been no attempt to slow down or to take any evasive action.

He gave evidence in court that he was expecting her to get out of his way. He then sought to put some blame on her as he could not see any fault in his cycling or his judgement at the time. He began posting messages on social media saying that she was using her mobile phone, but during the trial he retracted that statement. He was therefore attempting to put some blame on the pedestrian.

Unfortunately, Mrs Kim Briggs was knocked to the ground and suffered catastrophic brain injuries. She never recovered consciousness as a week later her husband made the decision to have her life support removed so she could die with dignity.

In the words of the Judge “his cycling at the time amounted to callous disregard for the safety of other road users”.

Unfortunately, under the Victorian Act mentioned, the maximum sentence for this offence is 1 or 2 years imprisonment.

Passing a sentence of 18 months’ detention in a Young Offenders Institution was all that the Judge could do in the circumstances as Mr Alliston was cleared of manslaughter.

The Deceased’s husband, Mr Briggs, made a statement out of court calling for the introduction of new laws including death by dangerous cycling.

He stated that the case demonstrated “a gap in the law when it comes to dealing with death or serious injury by dangerous cycling”.

Unfortunately, Mr Alliston stated “It is not my fault. People either think they are invincible or have zero respect for cyclists”.

Clearly, this case demonstrates a gap in the law, which requires further attention.

The other issue for consideration here is whether or not a claim can be pursued on behalf of the husband and the children under The Fatal Accidents Act for the fact that the defendant was responsible for depriving a husband and two children of a wife and a mother respectively. Unless Mr Alliston had insurance in place to provide some recompense in the event of his being responsible for the accident, or had private means against which a judgment for compensation could be satisfied, then the only recourse available to Mr Briggs, the husband of the Deceased, would be to pursue a claim against the Criminal Injuries Compensation Board. However such claims are fraught with difficulties and result in less than adequate compensation being awarded.

Currently the law does not require a person to carry insurance when riding a bike to cover any liabilities to third parties.

On 28 November 2017 it was reported Jakki Smith from Chorley was granted a bereavement award by the Appeal Court after her long time partner died in 2011 (i.e. 6 years later).

Jakki Smith and John Bulloch were together for 16 years

The law in England and Wales is hopelessly out of touch. It needs to change to be fairer to families left behind after a loved one has been killed.

Ms Smith, said her legal fight was “never about the money”

Our view of the modern family has changed over the years, but the law in dealing with families has not changed. The law in Scotland is fairer as Judges have discretion to make awards which they consider appropriate and reasonable.

You can receive more for an injured thumb than for bereavement.

The current amount payable is £12,980 for bereavement damages.

It should not be cheaper to kill than to maim.

This is a serious failing. The law should be fairer.