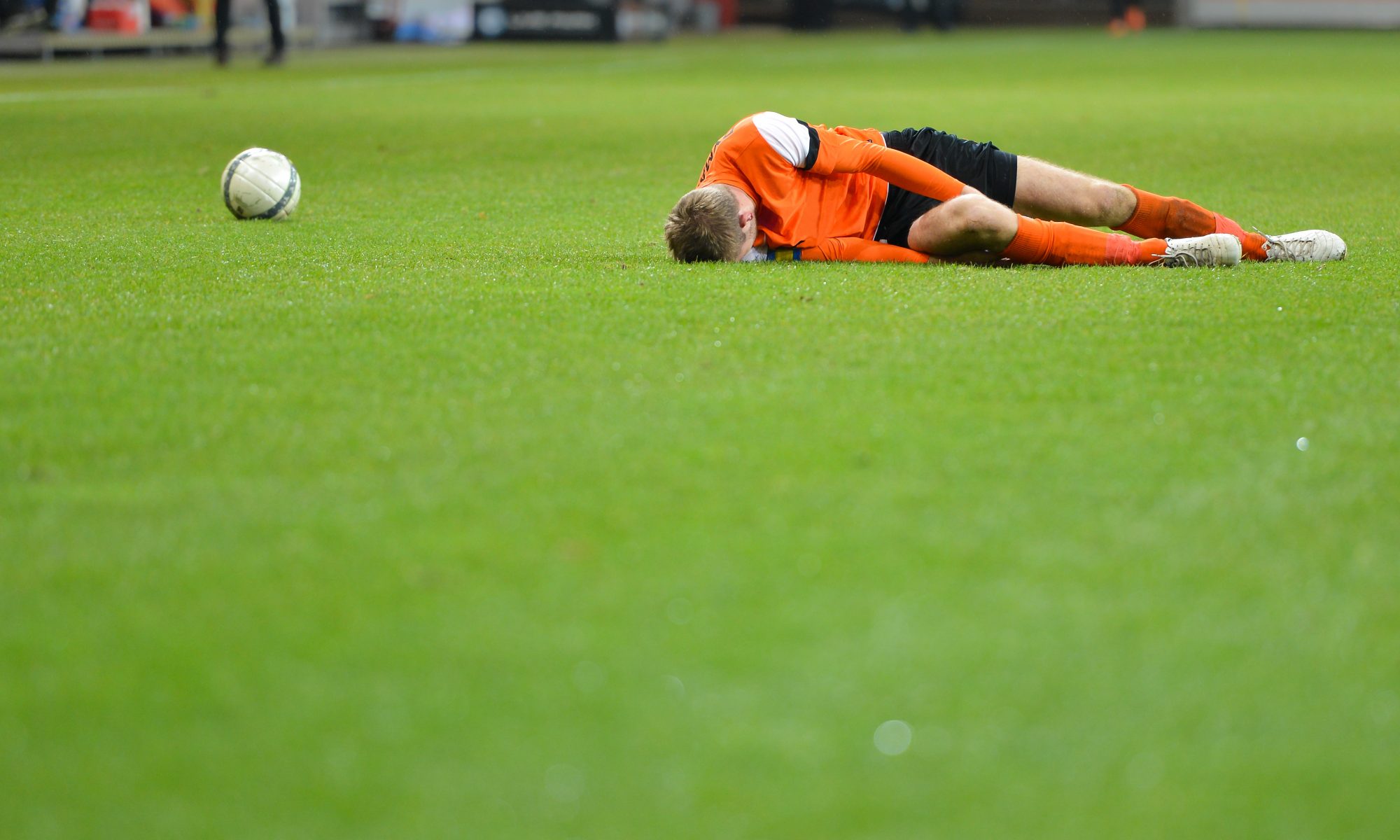 It is only right that at the outset of this blog I make an admission. Ever since I watched Ian Rush take out that camera on a sunny afternoon at Wembley in 1986, I have been planning life events around watching 11 men represent the red half of Merseyside.

It always going to be then, that on the evening of Saturday 26th May, at approximately 9.35pm I, along with millions of others was sat in front of a tv feeling shall we say, slightly emotional. I was watching a goalkeeper, no, no, my goalkeeper literally throw away the chance of my team winning a 6th European Cup. A week of nervy build up, of gentle teasing in the direction of my Manchester United neighbour, and of watching the earlier rounds on constant loop, ruined by two moments of goalkeeping madness.

But how often do we notice sport mirroring life? Things aren’t always quite what they seem in the heat of the moment. Life is messy, full of nuances and hidden depths, and in much the same way so is sport. In the days after the game, footage appeared on social media of Liverpool’s goalkeeper, Loris Karius having a coming together with the Real Madrid defender Sergio Ramos, who appeared to make contact with the head of Karius. No foul was given, play continued and no complaints were made. Two minutes later he bounced the ball off a Madrid attacker into his own net. Twenty minutes after that, he was destined to appear at number one of a Channel Five style top 100 footballing gaffes.

More than a week later though, rumours started to circulate that he may have suffered a concussion in the collision with Ramos. First of all it was suggested that he had attended an expert in the US for tests for concussion. Then Doctors from the Spaulding Rehabilitation Hospital in Boston released a statement that they had reached the conclusion that he had indeed sustained a concussion, that it was “likely” to have been felt immediately and that it was “possible the injury would affect performance”. Today, Jurgen Klopp said that five days after the final Karius had “26 markers for a concussion still”.

Most people have some basic understanding of what a concussion is but put simply, it is defined as a temporary disturbance in the brain’s functioning as a result of a blow to the head. They are often very difficult to identify and this is only heightened in the field of sport. Sometimes symptoms are not instantaneous and a firm diagnosis relies on the individual reporting symptoms accurately. In an elite sporting environment hellbent on success, and with individuals who have sacrificed everything for that one game, it is understandable if the player concerned may not disclose everything in the heat of battle hoping to play on. Indeed they may not even know. This is very important as rest is very important after a concussion as it helps the brain to heal. In this period it is vital to avoid any further blows to the head as receiving another concussion before the brain has healed can result in brain swelling and much more serious and permanent brain injury.

It is therefore incumbent on those in control of our national sports to take steps to protect our players. Rugby has very much led the way. Currently when there is a suspected impact on the head of a player, an independent match day doctor will remove that player for further assessment. If there are any obvious signs of concussion, that player will be removed from play permanently. If not the player will undergo an off field assessment by the doctor. Players cannot return to the field for 10 minutes. The testing continues after the match so that every player who has undergone this must undergo a further evaluation within 3 hours and 36-48 hours. Crucially the clubs can use a temporary substitute even if they have used all of their replacement options.

In 2014, following an incident when the Spurs goalkeeper Hugo Lloris played on after losing consciousness, the FA and Premier League introduced concussion guidelines that required any player who had a confirmed or suspected loss of consciousness on the field to be removed from the game and not allowed to return. In a step moving towards that of rugby, the decision was to be taken by the club doctor as opposed to any of the coshing staff or the plater himself. Although this still left a potential conflict, it was a step in the right direction. This didn’t seem to prevent an incident in 2016 when Anthony Martial of Manchester United appeared to be concussed after a clash of heads, but was not substituted until 11 minutes later. Recently Premier League doctors have been calling for rugby style ‘concussion bins’ where players can leave the pitch for up to 10 minutes if they are thought to have suffered a concussion.

In the current World Cup, there is a concussion protocol in play, but this has already been flouted. Nordin Amrabat suffered a concussion in Morocco’s World Cup opener against Iran. He returned only five days later to play Portugal even though FIFA’s return to play guidelines say that he should have waited at least 7 days. For the first 16 minutes he wore protective headgear before removing it. In the game involving Peru and Denmark, Renato Tapia was knocked to the ground having received a blow to the head but was allowed to continue before being substituted 13 minutes later. Finally Iceland defender Ragnar Sigurdsson went down after being struck in the head in their match against Nigeria. He returned five minutes later, bandaged Terry Butcher style only to be substituted 16 minutes later.

Imagine now it was Harry Kane that had been in Amrabat’s position and that it was the England Team Doctor who had allowed him to play, or patched him up and sent him out to rescue the game against a tiring Croatia. What if that had caused Kane some long term damage which resulted in financial loss for him? What if his value plummeted as a result and his club lost out financially? It has to be at least arguable that the FA could have a potential claim on their hands with those facts, and a potentially large one at that.

What does the law have to say about this?

So where do we stand in the law if someone suffers a concussion in a sporting context and, if, like the Welsh Rugby player Jonathan Thomas you have long term health consequences, can you claim for damages? Well the basics in the law of negligence still apply in that the injured person must show that he was owed a duty of care, that this duty of care was breached, and that the injury was caused by that breach. In a sporting context in order to show breach, conduct must be shown to be reckless and fall below the standard required of a reasonably skilful and competent professional player. An error of judgement is not enough. The injury sustained must also be foreseeable; that is to say that it is the type of injury that one would expect from a reckless tackle. Each case therefore must be looked at on its own particular facts. In amateur sport the added difficulty of the incident not being filmed is obvious; having to rely on witness statements of opposing players is not an ideal situation when the burden of proof is on the injured party, but it is unknown how many bangs to the head are routinely ignored that could be more serious. Who knows whether in the future the impacts to the head that are at the moment routinely experienced in amateur football, will be found in the future to be more serious and significant, much like those in American Football. Furthermore we are still learning more about the correlation between Dementia and traumatic brain injury. There seems to be a growing body of research that even a mild traumatic brain injury can be an independent significant risk factor of developing dementia. (Lee et al 2013) Certainly evidence suggests that a moderate to severe TBI is the best established environmental risk factor for dementia (Shively et al 2012) and this risk should be built in to any claim involving a severe TBI.

All of this acts as a reminder that the consequences of injury during sport can be serious and have far reaching consequences. The mere fact that the injury occurred whilst playing sport does not prevent the normal rules of duty, breach and damage from applying. It could just well mean that any damages award could be a bitter pill to swallow for those responsible.

If you have suffered a traumatic brain injury or other serious injury and need advice then Tim Ransley of Coole Bevis LLP acts for clients in this area. Coole Bevis offers free initial meetings with no obligation on you to proceed. Tim can be contacted on 01273 716616.