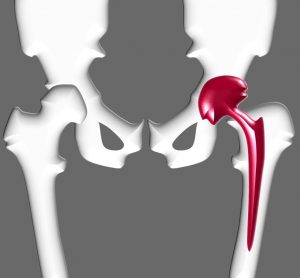 More than 50,000 patients with metal-on-metal hips are being told to undergo x-rays and blood tests after watchdogs have found that they may be more toxic than originally thought to be the case. This safety alert has been issued by the Medicines & Healthcare Products Regulatory Agency (MHRA).The new advice means that 56,000 patients, i.e. every single person with such an implant is being asked to undergo a series of medical tests to establish whether they are suffering muscle or bone damage and metal toxicity.

This could result in thousands of people having to undergo revision surgery to replace the implants.

It appears that the alert has been issued because of growing evidence that muscle damage caused by the implants can become progressively worse and even irreversible, sometimes with patients apparently not suffering any symptoms.

Following a series of investigations by The Telegraph, widespread problems with the devices have been uncovered. The device has now been largely phased out.

Metal-on-metal implants were introduced in the UK in the 1990s when they were promoted as offering better mobility than those which use a metal ball and a plastic socket. In particular, they were seen as a better option for the younger patient who was likely to be more active and who was likely to put more pressure on the joint.

If problems are detected early and monitored, treatment is likely to be put in place at an earlier stage with a better outcome.

All women who have had the implant it would seem will need to have annual checks for the rest of their lives under the guidance even if they are currently suffering no symptoms.

The reason why women are particularly likely to need revision surgery, appears to be, that with the use of smaller components used in such surgery less margin for error is allowed.

MHRA’s Clinical Orthopaedic Experts have “…observed that soft tissue necrosis may occur in both asymptomatic and symptomatic patients and believe early detection of these events should give a better revision outcome should this become necessary.”

In 2013, NHS hospitals were told to stop fitting most metal-on-metal hip replacements after a study found unacceptably high failure rates amongst some patients.

Compared to other hip replacements, metal-on-metal hip devices have been found to wear down more quickly in some patients. This potentially causes damage and deterioration in the bone and tissues around the hip, which medical checks are designed to monitor.

If you are not sure what type of implant you have or have any concerns about your hip, you should firstly consult your doctor for advice. If you do have a metal-on-metal implant, then you must ensure you attend any follow-up appointments you are invited to.

According to the NHS, you should look out for warning signs and should contact your doctor if you have:

Although this might not mean that the device is failing, these symptoms do need investigation.

If you are affected by any of the issues in this latest advice, you should speak to a specialist solicitor about any potential claim that you may have, not only in relation to having to undergo further operations, but also any financial consequences as a result of the same.

If you wish to speak to a specialist solicitor in this field, please do not hesitate to contact Parisa Costigan, head of personal injury and clinical negligence department, Coole Bevis LLP for a free no obligation chat on 01403 224608 or by email parisa.costigan@coolebevisllp.com.