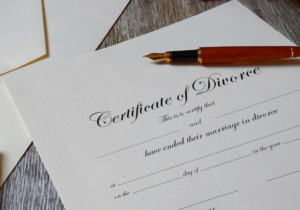 In 2022, the archaic divorce system, that has been place in this country since the 1970’s is going to be replaced with a new law fit for the 21st century. Under the current law those couples who have not been separated for 2 years or more have no choice but to blame or criticise the other in order to obtain a divorce. This has often led to unnecessary tension and antagonism.

The new law will come into effect on 6 April 2022. Whilst the marriage will still be dissolved on the basis that it has irretrievably broken down neither spouse will have to blame the other or give examples of what has led the failure of the marriage.

Under the new law it will also be possible for divorce to be applied for jointly. This will be an alternative to either spouse bringing the divorce. Positively the old fashioned language will be replaced. A spouse will apply for a ‘Divorce Order’ as opposed to a ‘Divorce Petition.’  The process will still involve 2 stages, with a conditional order being made initially and then a final order at the conclusion of the process.

The new divorce process will not however be a quick one as ordinarily it will include a minimum period of 20 weeks from the initial application before the conditional order can be applied for. This is to give the spouses time to reflect on this important decision.

I offer a free initial 30 minute interview with all new clients to consider their options and identify the best way forwards for them and their family.